Footprints of the 20th Century - Third Edition; Volume V - Neither Justice nor Order: Reflections on the State of the Law of Nations F.A.M. Alting von Geusau 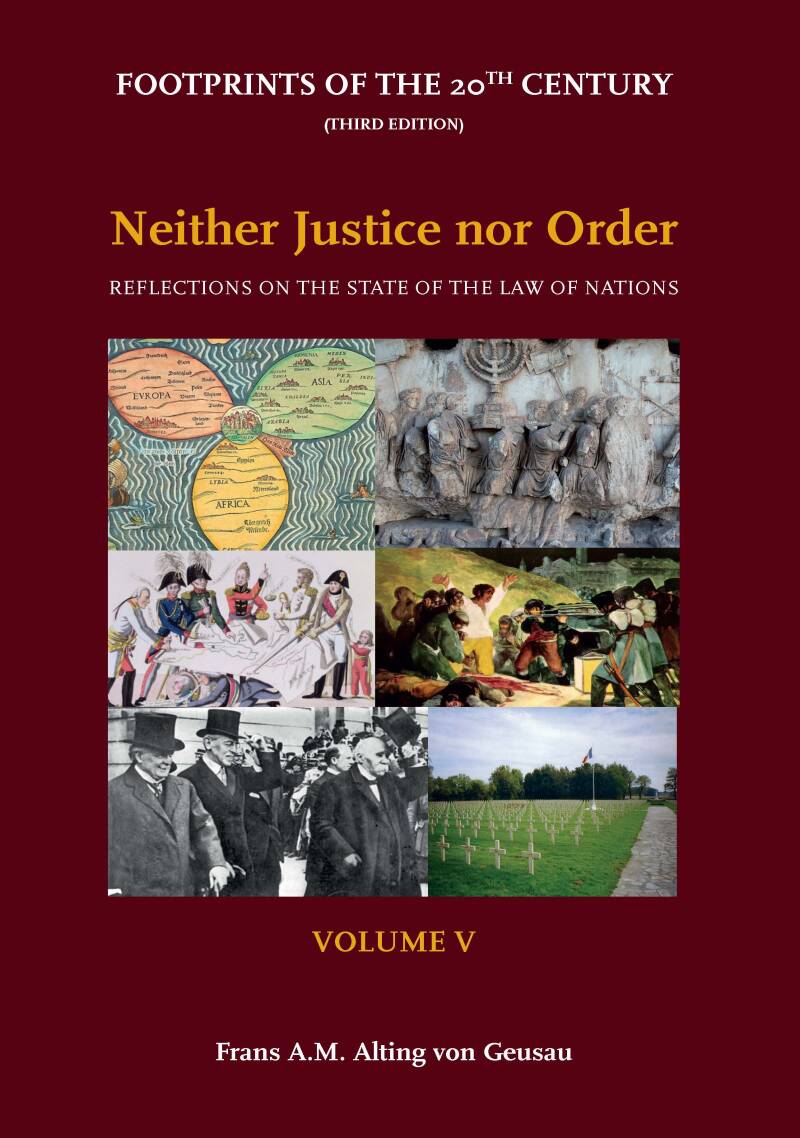 This fifth and final volume offers a critical assessment of the state of the law of nations. In the twenty first century the world needs true global law anchored in the dignity of the human person rather than weak international law built on the interests of major sovereign states. One hundred years after the outbreak of the Great or First World War in 1914 and twenty-five years after the peaceful end of the Cold War in 1989, little appears to have been learnt from the scale of disasters that befell the world between the assassination in Sarajevo in 1914 and the annexation of Sebastopol in 2014.

The failure to learn from history largely comes from unconverted political leaders and ideologies of progress. The birth of modern international law, assumed to have taken place in 1648, was no moment of progress, nor was the Congress of Vienna in 1815. The peace of Westphalia reduced the law of nations to interstate law.

Moreover, today’s dismal record of major sovereign powers, nicknamed the ‘international community’, with such issues as human rights, the use of force, the abolition of nuclear weapons and peace in the Middle-East proofs that for justice and order a transition from international law to global law needs to be realized.

Throughout the book one finds lightening examples of persons who, by their courage and dedication, could make the difference. Among them are Henri Dunant, Ruth Klüger, Andrei Sacharov, Nelson Mandela and Pope John-Paul II.